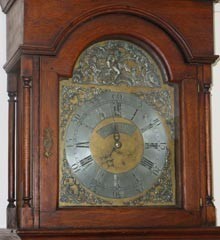 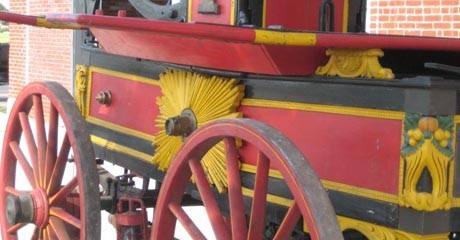 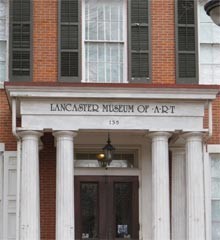 Lancaster provides a special visitor experience because of its rich history spanning over three centuries.  Lancaster is proud of its history that helped a great nation grow and prosper.  Let us tell our stories. 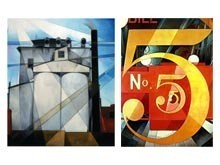 The Demuth Museum is located in downtown Lancaster, in a building that is over two hundred years old – the lifelong home and studio of celebrated artist Charles Demuth. The museum strives to create awareness, understanding, and appreciation of the artwork and legacy of Charles Demuth, renowned American modernist painter whose work is collected and admired worldwide. 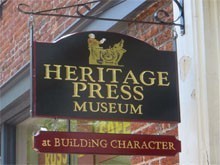 This interactive museum is located on the 300-block of North Queen Street in Building Character. Lectures, demonstrations, and exhibits teach letterpress printing through a recreated 1920’s print shop. 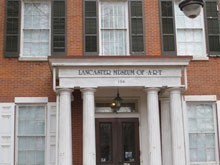 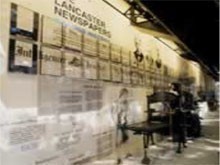 The Newseum is a glass enclosed, self-guided display across from the Lancaster Convention Center that can be viewed from the city sidewalk. The display traces the evolution of newspapers and newspaper production equipment spanning 200 years. 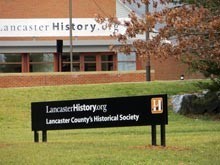 Located on a campus west of downtown Lancaster that includes the beautiful Lancaster County Historical Society and Wheatland—the home of President James Buchanan, LancasterHistory.org is a must see for history-minded visitors. Learn about the history of Lancaster County and its important place in the history of America. The object collection includes, furniture, paintings, and decorative arts. The library is an excellent resource for genealogical research. 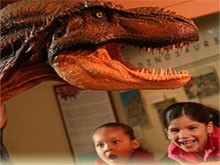 The North Museum of Natural History and Science, located near Franklin & Marshall College, is intended to inspire curiosity and a love for science in children and adults. The permanent exhibits include dinosaur Gallery, Discovery Room, Hall of Cosmos, and Live Animal Room. The North Museum Planetarium explores the wonders of the sky.

The Museum is located at Franklin & Marshall College in the Steinman College Center. Collections and exhibits include fine arts – paintings, photographs, sculpture, and works on paper – as well as decorative arts, Pennsylvania German material culture, ethnographic material, and historical material. 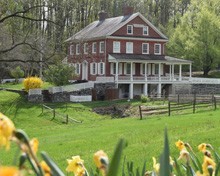 Rock Ford Plantation is the historic circa 1794 home of Edward Hand, who served as Adjutant General to George Washington during the Revolutionary War.  Rock Ford is widely considered to be one of the most important examples of Georgian architecture surviving in Pennsylvania and the most intact building predating 1800 in Lancaster.  The mansion’s elegant rooms are furnished with an outstanding collection of period furnishings and decorative arts.  Rock Ford offers visitors an authentic example of refined country living as it existed during the early years of the Republic. 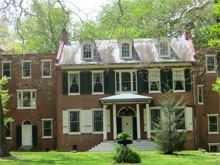 Tour the home of President James Buchanan, 15th president of the United States. Wheatland was built in 1828, and purchased by Buchanan in 1848. He died there in 1868. The brick, Federal-style home, located west of downtown Lancaster on the Campus of History, is beautifully restored and contains many of Buchanan’s possessions.